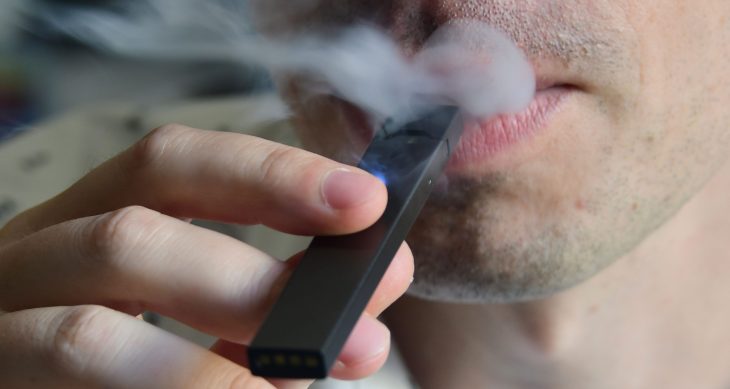 Voters in San Francisco have resoundingly rejected an attempt to overturn a citywide ban on e-cigarettes by a margin of around 80: 20.

Reporting on the count in the Bay Area, CBS SF says at least 78 per cent of voters rejected the ballot measure, known as Proposition C.

The measure had been heavily back by e-cigarette maker Juul — until just over a month ago. It is reported to have spent at least $10M promoting the attempt to flip the ban, before withdrawing its support at the end of September as part of a company-wider review under new CEO, K.C. Crosthwaite, that’s also seen between 10-15% of its workforce lay off.

The 2017-founded company, which has raised some $14.4BN in funding to date per Crunchbase, has faced trenchant criticism over the level of youth usage of its products.

In a statement responding to the Prop C vote, San Francisco city attorney Dennis Herrera attacks Juul — dubbing the company “Big Tobacco” — and writing: “San Francisco voters are too smart to be fooled by Juul. Juul is Big Tobacco, and it’s using a classic ploy from the Big Tobacco playbook to try and hook another generation of kids on nicotine. Voters saw right through Juul’s deception. San Francisco already has the toughest e-cigarette regulations in the nation. By law, e-cigarettes must undergo FDA review to ensure they are safe for public health. Complete FDA review and you can sell your product here. If you don’t, you can’t. It’s that simple.”

We’ve reached out to Juul for comment. Update: A company spokesman told us:

As previously announced, Juul Labs ceased active support of Proposition C in September as part of new CEO K.C. Crosthwaite’s broad review of the company’s practices and policies. Crosthwaite said at the time, “I am committed to seeing that Juul engages productively with all stakeholders, including regulators, policymakers and our customers. This decision does not change the fact that as a San Francisco-founded and headquartered company we remain committed to the city. San Francisco is not only the home of our company’s founding but is also the home of many of our talented employees.”

Vaping generally has also been under a growing cloud of suspicion after a number of e-cigarette users died from an acute lung condition which appears related to the process of chemicals being vaporized and inhaled — and potentially to devices being used to vape THC.

Third party sellers hawk unofficial cartridges for e-cigarette devices such as Juul’s which can contain the psychoactive compound found in marijuana, along with other unknown substances. But studies have also shown that even popular e-cigarette brands don’t know exactly what chemicals are produced when the substances contained in their cartridges are vaporized.

“If the FDA can’t verify that these products are safe, then they don’t belong on store shelves,” added Herrera in the statement. “The U.S. Surgeon General has warned that we are in the midst of a youth vaping epidemic. Juul spent millions trying to mislead San Franciscans and rewrite the rules to benefit itself before realizing that was a fool’s errand. It could have put that time and effort into completing the required FDA review. If Juul had done that the day Supervisor Shamann Walton and I introduced our e-cigarette legislation back in March, Juul would have had its answer from the FDA by now. Perhaps FDA review is a test that Juul is afraid it can’t pass.”

Last month a lawsuit filed by a former Juul executive alleged the company knew that a batch of contaminated e-liquid had been used in about one million pods shipped to retailers earlier this year but did not inform customers.