The updated series includes three models. At the top of the lineup is the $99.99 Void RGB Elite Wireless. It’s the one wireless model in the series, with support for PC and PlayStation 4 and a range of 40 feet. Corsair says the battery should last approximately 16 hours on a single charge, and includes both customizable RGB lighting and 7.1 surround sound. The Void Elite Wireless comes in two colors: carbon and white. If you want to save a bit of money and don’t mind a wired connection, there’s the $79.99 Void RGB Elite USB. Minus a USB connection, it’s identical to the wireless model — but it’s only compatible with PC.

Lastly, there’s the Void Elite Surround. With a 3.5mm headphone jack, this headset is compatible with consoles. In addition to PC, you can use the Surround with the Nintendo Switch, PlayStation 4 and Xbox One. Included in the box is a USB adapter that allows you to get virtual 7.1 sound when you use the headset with a computer. Of the three Void Elite models, the Surround is the only one that doesn’t include RBG lighting. At $79.99, It’s also not any less expensive than the USB model. It’s available its own cherry color, as well as the carbon color of the two other models. 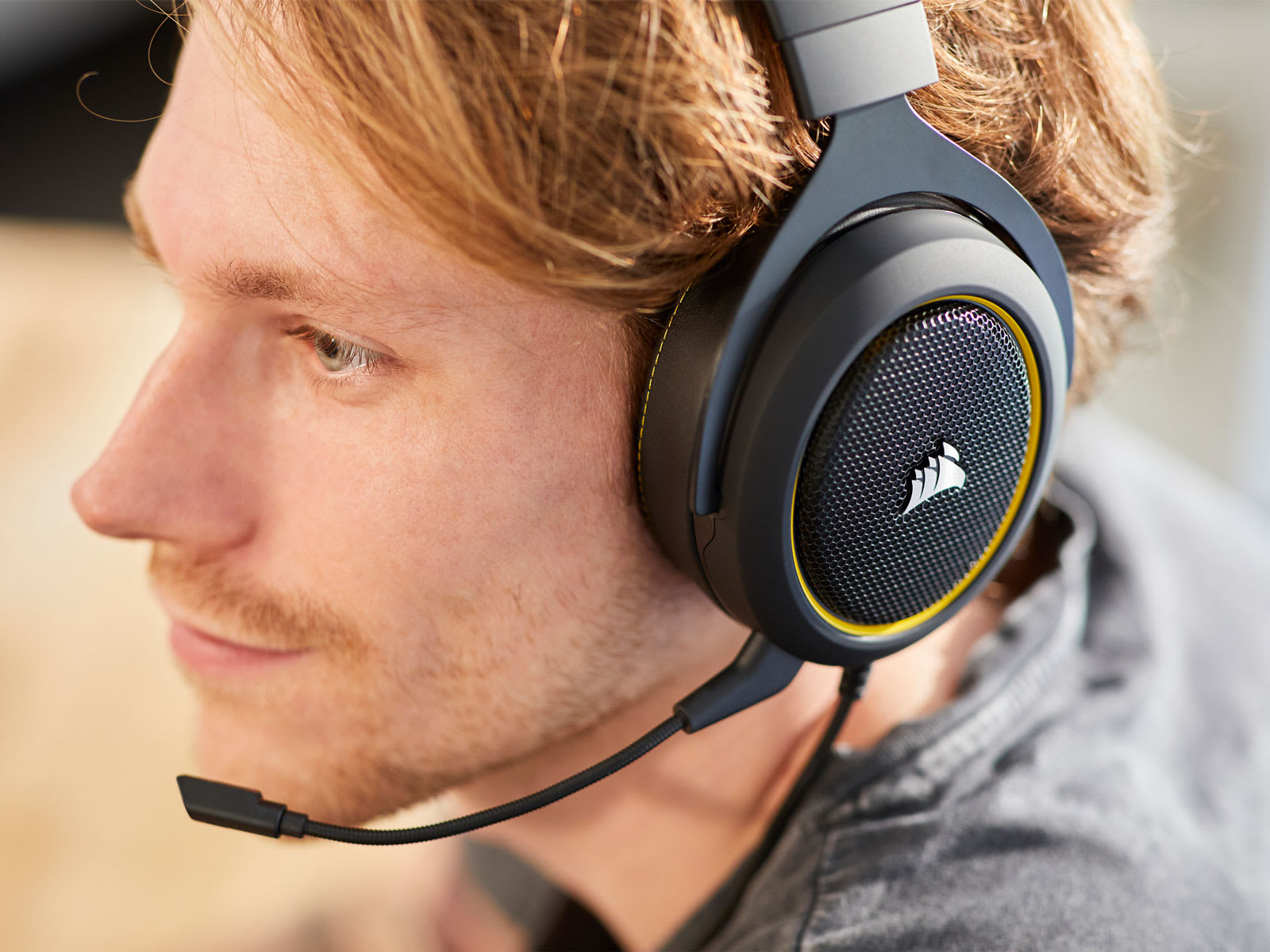 Corsair has also refreshed its more affordable HS series of headsets. Like the three new Void Elite models, the updated HS headsets feature new 50mm drivers and tweaked microphones. Corsair has also added additional memory foam padding on the ear cups — which should lead to a more comfortable fit. The HS series is divided up in much the same way as the Void Elite lineup. Leading the lineup is the $99.99 HS70 Pro Wireless. Like its Void Elite counterpart, it’s a 2.4GHz wireless headset with 16 hours of battery life, 40 feet range and 7.1 surround sound. It comes in two colors — cream and carbon — and is compatible with both PC and PS4.

Then there’s the HS60 Pro Surround. While it will normally cost $69.99, Corsair currently has it discounted to $49.99. It features a 3.5mm headphone jack with a braided cable, and includes a USB adapter inside the box for 7.1 sound on PC. At the lowest price is the $49.99 HS50 Pro. It comes with just a 3.5mm headphone jack. If that’s not enough choice, Corsair also has a new HS45 Surround headset. Like the HS50 Pro, it costs $49.99 but comes with a USB adapter for virtual surround sound on PC. That said, it features less premium construction than its Pro counterparts. While we can’t speak to these headsets yet, we liked the HS70 enough to include it in our 2018 holiday gift guide.

All seven new headsets are available to purchase starting today.

Amazon 29 Products On Amazon That Inspired Over 1,000 People To Leave A Five Star Review