Nintendo Switch 8BitDo turns the NES gamepad into a mouse

I actually came across this 8BitDo N30 2.4GHz Wireless Mouse at, of all places, TechCrunch Shenzhen earlier today, where the device made its public debut. This is very much like any regular dual-button mouse, except the scroll wheel is replaced by a stealthy touch strip, and the D-pad on the side lets you toggle Page Up, Page Down, Forward and Upward. The N30 packs the common 1,000 dpi optical resolution along with Windows and macOS compatibility. A single AA battery will last between 100 and 120 hours of usage, and there’s a power switch to help save battery juice. 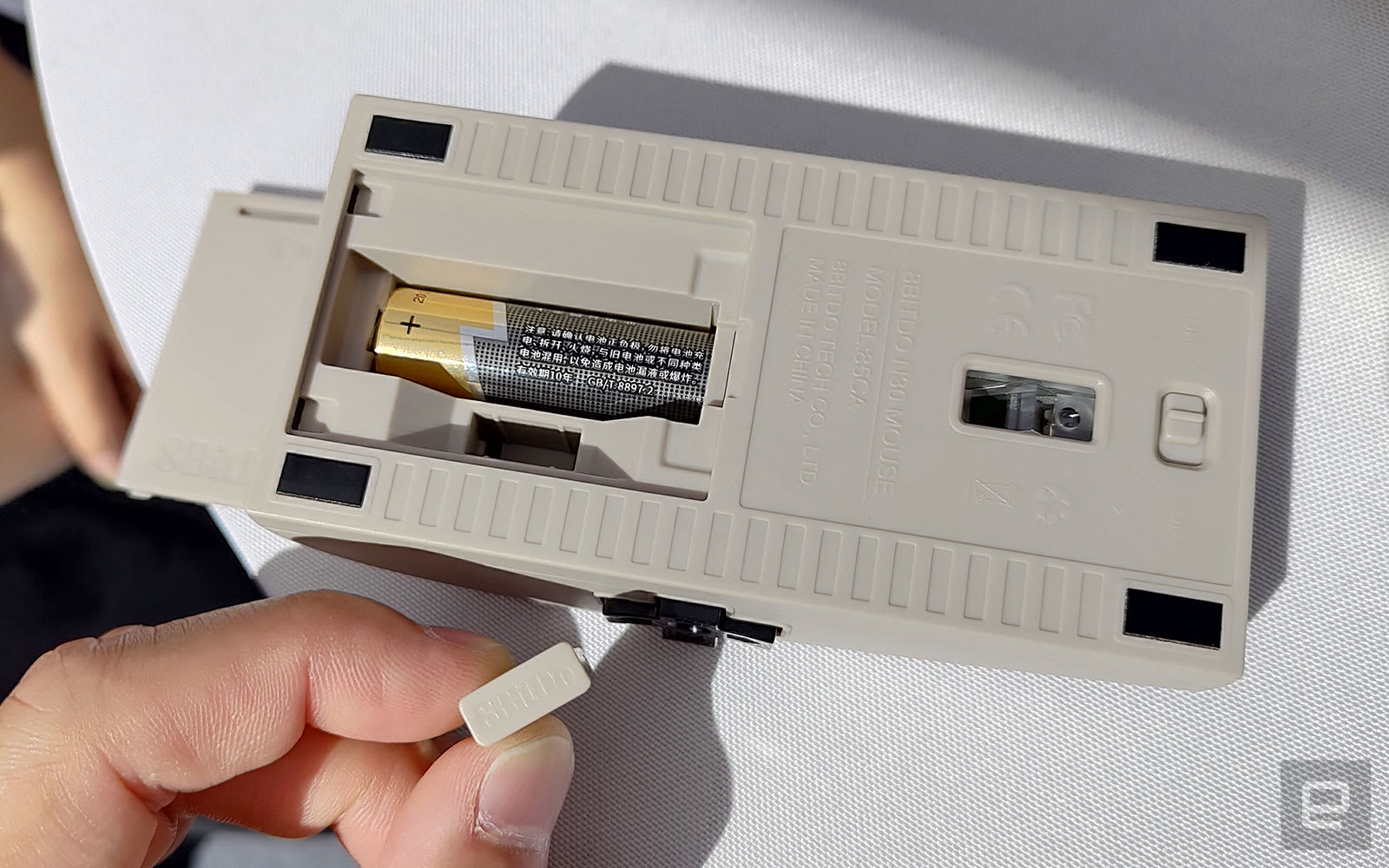 While I wasn’t able to try the wireless connectivity (using the USB dongle stored in the battery bay), the buttons felt like the real deal. These should bring back memories for those who grew up with a NES. That said, I’m still not sure if I can ever get used to the mouse’s bold shape. I have a feeling that most people would be buying this more for novelty value than to replace their existing mice.

According to an 8BitDo rep, it was her company who reached out to Jansson in the hopes of licensing his mouse design, to which he happily accepted, apparently. “He was just glad that someone could finally do the manufacturing after all these years,” the rep told Engadget.

It’s worth mentioning that while Nintendo never made a mouse for the NES, it did make one for the SNES. The peripheral was originally designed for a game called Mario Paint, then dozens of games joined the party. This was followed by the more ordinary-looking N64 Mouse made for Mario Artist: Paint Studio on the 64DD.

Update 11/12/19 5: 50PM ET: This article previously stated that Nintendo only made one mouse, and it has since been corrected to mention the second mouse.