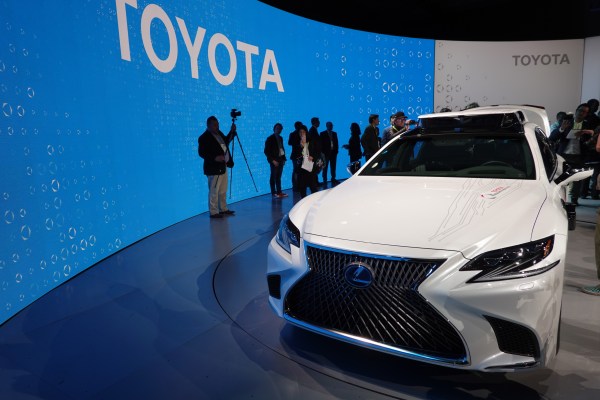 We’re still very much in the collaboration phase of autonomous driving, since it’s looking still quite a ways off from being anything consumers can use on the regular. That means there’s plenty of opportunity for things like the new “Autonomous Vehicle Computing Consortium” (AVCC) announced today. This industry group includes Arm, Bosch, Continental, GM, Toyota, Nvidia, NXP and Denso, collecting top automakers along with some of the leading chipmakers and tier 1 suppliers in automotive today.

The group’s goal is to work together in order to “solve some of the most significant challenges to deploy self-driving vehicles at scale,” which pretty clearly translates into putting together the collective efforts of some of those who stand to gain most from autonomy becoming a commercially viable technology, in order to speed up said commercialization. While self-driving has been an area of intense investment and focus in the past few years, it still has a ways to go before these companies can start really reaping the rewards of their investments in terms of revenue-driving businesses.

So what will they actually do to achieve this goal? Step one will be setting up a set of recommended specs, essentially, outlining what size, temperature, power consumption and safety standards AV system architectures and computers should adhere to. The idea is that by arriving at some baseline standards, the group will be better able to move from prototyping, which is expensive and low-volume in terms of output, to manufacturing and deploying AVs at the scale where they’ll truly become a viable commercial enterprise.

There’s more to this industry collaboration than just figuring out the specs range for systems, however: Participating companies will “study common technical challenges,” as well, meaning they’ll be putting their heads together to overcome the major, fundamental tech challenges that still act as hurdles to be overcome in getting self-driving vehicles on the roads.

And, of course, though the initial founding group includes only those companies listed above, this new group is also open to new members.