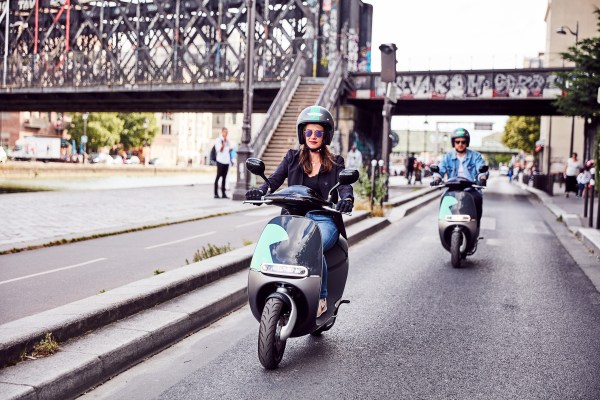 Coup, an electric moped scooter-sharing service that operates in Berlin, Paris and Madrid, has announced in an email that it is going to shut down in all three cities. On Twitter, the company says that operating the service is “economically unsustainable” in the long term.

“We plan to discontinue our service in Berlin and Tübingen in by the middle of December 2019. It is also planned to close the COUP locations in Paris and Madrid,” the company says in its email announcement. The service still operates normally for now.

Coup also says that users who topped up their accounts with prepaid packages will get reimbursed when the service eventually shuts down.

“Even though Coup is a well-known brand in this market with a loyal customer base that regularly uses our services, operating Coup in the long term has become economically unsustainable,” Coup told a user on Twitter in French.

Coup is a wholly owned subsidiary of Bosch. It operates a service with hundreds of Gogoro scooters that you can book and ride with the Coup app. Just like other free-floating micro-mobility services, you could unlock a moped scooter somewhere and leave it somewhere else as long as you remain in the operating area.

Coup competes with Cityscoot in Paris. The French startup operates a similar service and has recently announced a partnership with Uber.

We have reached out to the company and will update this article if we hear back. Here’s the full email from Coup:

We have some sad news for you. We plan to discontinue our service in Berlin and Tübingen in by the middle of December 2019. It is also planned to close the COUP locations in Paris and Madrid.

We deeply regret this. Over the past three years, you and all the other COUP customers have remained loyal to us. We are proud to have been able to establish such a strong community in such a short period of time. Thank you for your loyalty, and thank you for using our service.

You can continue to use COUP in the usual way until the service is discontinued. In a separate e-mail, we will let you know when exactly this will happen. Until then, nothing will change in your contractual relationship with COUP.

If you have incurred costs for prepaid packages that have not been used up, they will of course be reimbursed. You can also continue using up your freerides until the service is discontinued.

Our customer support team will also remain open for telephone and e-mail inquiries.